Injured Puppy Cried Out When Seeing Rescuers’ Car Leaving Without Him

There is no reason to dump an adult animal, no matter what it does. What if they were newborns! That’s what happened with 5 small pups, who were left to defend themselves. Thankfully, Ninel was able to rescue them after receiving a call about them.

When the rescuer arrived at the scene, he was completely shocked to find out the puppies (one of them could not walk and 2 of them are thinner than the others) struggling in harsh weather.

The puppies needed 2 cars to take them, the first one to take the 4 healthy ones, and the second one to take the injured puppy to the hospital to receive the care and treatment he needed. When the first car arrived, took the 4 puppies, and left, the injured puppy, who was named Smiley, was confused and afraid that he was left all alone. But little did he know that his path was different and needed a different car. We hope that they all find forever homes. Check the clip below to get more information. 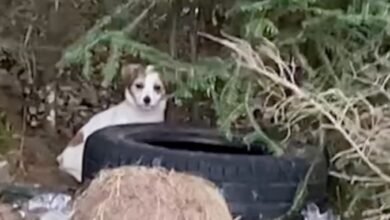 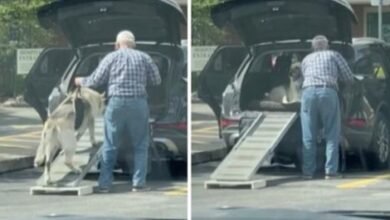 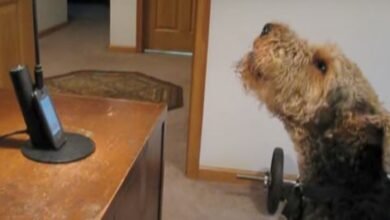 Dog Calls Mom To Express How Much He Misses Her, Leaves Everyone In Smiles