The reputation of the relationship between cats and mice is that they are enemies. However, it may be right, but it is not always right. However, there are some people, who believe that cats eat mice. But do cats eat mice in real?! In this article, you will find out.

The truth is that cats really eat mice for being a part of their diet. However, why do cats eat mice?! And when does this act become a problem? Here are some answers to these questions and some other questions:

Cats have a genetic act to hunt, especially small prey like birds and mice. Also, cats spend so much time pouncing, stalking, and chasing.

Generally, cats use 2 hunting ways; the first one is to be still and patient, and the second one is to be active. Cats are able to be fast to chase prey, but they are usually patient.

Why Do Cats Eat Mice?

It is all about survival and impulse. The best active times of cats are at dawn and dusk when they spend their time hunting. Feeding cats in a regular way does not mean that they’ll stop hunting as it is something genetic. Furthermore, they just want to hunt whether they are hungry or not. If they are not hungry, they will not eat their prey!

60 cameras, that were attached to 60 cats’ collars, found that the cats spend so much time killing and hunting small animals like mice and lizards, but they did not eat them all the time! Approximately 20% of the time, they brought what they hunted to their home (with a huge possibility to leave them in one of their owners’ shoes, and 30% of the time, they ate them, according to research conducted by the University of Georgia. This means that almost 50% of the time, the cats just hunted the prey and left them.

Cats have been domesticated slowly for the past 120 centuries, according to some speculations. They were very useful in getting rid of pests like mice. However, eating mice after hunting them is something inside cats’ ancestry, DNA, and biology. Most of the time, they hunt for entertainment.

Why Do Cats Eat Mice After Playing With Them?

The prey, that cat the cat was playing with, that stayed alive longer is the larger one, according to a study in 1979. However, the primary intention of cats is to kill the prey they play with! How cruel!

For example, the mice died in a shorter time compared with the rats. This led the researchers to know that cats spend longer time with larger prey to let them be tired in order to kill them in a safer way! Furthermore, the hungrier cats would kill their prey faster, according to the same study.

Is Eating Mice Safe For Cats?

Being the natural prey does not mean that mice are completely safe for cats to eat. You have to know some important factors.

Should you be concerned if a poisoned mouse is eaten by your cat?

It’s possible, but the truth is that a cat needs to eat many poisoned mice to get affected.

Can using essential oils be safe to prevent mice?

Absolutely no, as they can die or at least get illness for the cats as oils are completely them as they are not able to process essential oils due to lacking a specific enzyme.

How to Reduce My Cat’s Hunting?

Generally, you can’t prevent your cat from hunting as it is a genetic thing, but you can reduce it in some ways including:

Playing with your cat.

Feeding your cat regularly with little meals during the day, especially at dusk and dawn, their most active time. 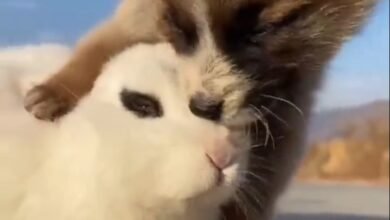 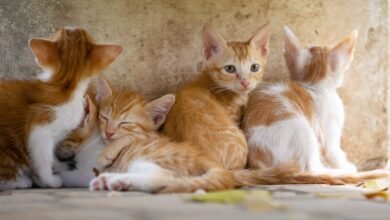 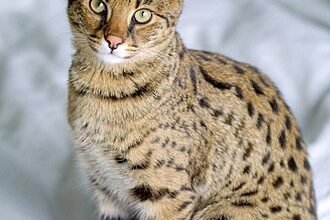