A puppy mill is a place where dogs treat as commercial commodities. These poor dogs breed in that puppy farm and they are characterized by their quick breeding in very bad conditions. In 1984, “puppy mill” has been defined legally in a case opinion called Avenson v. Zegart is a process of breeding dogs aiming to gain maximum profits and low overhead without caring about the dog’s health and neglecting them as well.

10,000 unlicensed and licensed puppy mills exist in the United States selling in total more than 2,000,000 dogs every year. The term “mill” has negative connotations as it also refers to any animal commercial breeding for profit like cats. Moreover, backyard breeding refers to animals breeding on small scale for financial gain.

There are many wishes that the American Kennel Club and the Kennel Club have been stated in breeding animals. But unfortunately, these wishes are not enforced or recorded to be proved. And they state that any breeder should be responsible for appropriately raising their animals to produce healthy dogs that are provided in charge of socialization and homes.

Puppy mills basically skip the process of socialization period in a puppy. This thing is very important in any puppy’s life, that starts from four weeks up to fourteen weeks of age. As a result, they grew many social problems in any adult dog, which has to learn many abilities and be mature.

Puppy mills, that have females, usually bred female puppies when they’re in heat, without even considering if they’ve recovered physically from the last birth! They usually killed any female pup, who can’t be bred any longer, no matter what the reason is. When the pups are between 8-10 weeks of age they’re weaned from their mamas.

Some puppy mills are a shelter of 1,000 dogs according to the ASPCA. All of these animals are housed in wire cages, in only 15 cm, the minimum legal size allowed, which makes it very hard to move and walk. Many dogs’ legs and paws could get damaged and injured. Unfortunately, it is very normal to see stacked of these kennels are on top of each other in columns.

Dogs in puppy mills live in very bad and unhealthy conditions, which cause mats in their fur because it is covered in feces and urine. This could also leave animals with untreated injuries and malnutrition. Furthermore, these bad conditions affect pups’ health and could often leave them with internal parasites. Also, these places are very cold which could increase the number of deaths. On the contrary, they could also be too heated in warmer weather which causes hyperthermia.

Puppies from mills are usually transported over long distances in poor conditions leading to death and stress. As the surviving older mill dogs they are at risk of having hereditary defects, respiratory ailments, as well as pneumonia. Additionally, these poor dogs are at risk of having problems with their mood due to the poverty of positive human contact, enrichment, and socialization.

Puppies from mills may not quite be purebred puppies, because of the indiscriminate breeding practices as well as the high population of these puppies. However, many brokers and dealers deny as real breeders and try to sell these dogs to pet stores as purebred puppies aiming to fulfill the higher prices associated with purebreds.

The first puppy mills were founded in the era after WWII, according to Chanis Major V. publications. As a result of a growing demand for puppies, midwestern farmers developed the first commercial puppy business looking for an alternative crop reacted. After that industry has been grown, dogs started to be sold through pet departments by large and small retail outlets. That led to the born of the first pet store chains.

These pups usually lived in small places similar to chicken coops and rabbit hutches. Along with this, the lack of veterinary care left these dogs in pain and bad conditions because of the inability to pay. On August 24, 1966, the Animal Welfare Act of August was passed through the Humane Society of the United States, an organization, that started to investigate the illegal breeding of dogs. 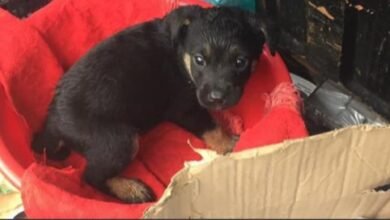 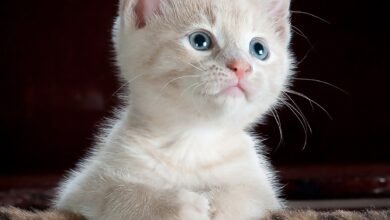